We Know Her Missing Scarf Is Red, but What Is Taylor Swift’s Natural Hair Color?

Home 2021 November 22 We Know Her Missing Scarf Is Red, but What Is Taylor Swift’s Natural Hair Color? 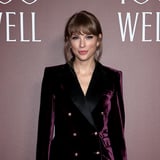 Taylor Swift may be a lot of things - acclaimed singer, award-winning songwriter, red lipstick enthusiast, cat mom - but is she a natural blonde? The hair color has become so synonymous with her beauty look that fans often call her "blondie" when referring to her online (usually when she's dropping easter eggs in music videos).

Throughout most of her time in the public eye, Swift has had blond hair, whether it was curly and long or cut into a sharp bob haircut, but the exact shade of blond has changed over the years. During her first few years in the music business, the singer's hair was bright blond (but not quite platinum) and curly. Then, at various points starting in 2011 up until today, she has gone a few shades darker into a copper hue or dirty blond shade.

However, she's not a complete stranger to bolder hair changes. No one can forget when she appeared on the cover of VOGUE and the 2016 The Met Gala and Coachella with bleached blond hair. She's also pulled off the redheaded look a few times in music videos, first for "Bad Blood," and then again recently for her "All Too Well: The Short Film," but that was only a wig. (In May 2021, when Swift sent in a virtual speech for winning Pop Album of the Year at the iHeart Radio Awards, fans thought she dyed her hair brown, but it turned out it was only the lighting.)

So what is her natural color? Swift has shared small sneak peeks when sharing throwbacks of her childhood, with pictures of her from when she was a child showing that she has naturally bright, blond hair, just like her mother.

However, like many blondes, her natural hair color has darkened as she's gotten older. Still, while she's experimented with both lighter and darker shades for music videos and performances, she's always been a natural blond, so hailing her as "blondie" is not a stretch.