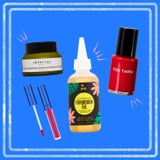 When it comes to the beauty landscape in the States, not enough credit is given to Dominican beauty entrepreneurs and their contributions. When people think of the first wave of Dominicans who migrated to NYC, they often refer to the Dominicans who settled in Washington Heights in the early '80s. But a lot of folks don't know that the first wave of Dominican immigrants actually arrived in the 1960s and 1970s and settled in Corona, Queens, Brooklyn, and upper Manhattan. With them came the beginning of Dominican women beauty entrepreneurs and hair-salon owners.

"When large numbers of Dominicans began to arrive in New York City in the 1960s and 1970s, they generally frequented shops owned by others Latina/os, especially Cubans and Puerto Ricans who were already established in upper Manhattan," academic scholar and author Ginetta E.B. Candelario wrote in her book Black Behind the Ears: Dominican Racial Identity From Museums to Beauty Shops. "Over time, they began to establish themselves as employees in these shops, later as 'booth renters,' and eventually in their own shops."

When the manufacturing industry in New York began to collapse, many Dominican women who initially worked in factory roles started looking into beauty-shop work and salon ownership. Many of these women had developed hairstyling skills prior to immigrating, which resulted in a huge expansion of Dominican hair salons in NYC – across the boroughs. And because Dominican women were once known to be the women who visited beauty parlors more often than anyone else, "spending as much as 30 percent of their salaries on these services," the salons really started to thrive.

Anyone who grew up in NYC, regardless of if they're Dominican or even Latinx, has most probably heard of a Dominican salon before. Before the natural-hair movement started to really hit in Latinx communities, Dominican salons were known for being the best spots to get a sleek straight blowout regardless of your texture. And while the business gets a lot of slack today because of its embracing of Eurocentric beauty standards, there isn't enough dialogue about how these salons were owned by hardworking Dominican immigrant women and the significance that holds in the culture and the generational wealth many of them were trying to instill in their families.

With that said, the impact Dominican women have had on the cultural beauty landscape is undeniable and still stands. Today, along with many other Latina beauty entrepreneurs, there exists quite a number of Dominican American beauty-brand founders. Many of these women have created these brands to help not only meet our unique and cultural beauty needs but also to pay homage to our heritage and our sacred beauty secrets. Here, we present you with 12 Dominican-owned beauty brands and the products we can't live without these days.